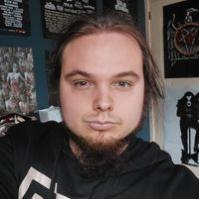 By demontje,
April 8, 2021 in overseas festivals

I am expecting names very soon. As per 1 september you can download your graspop 2022 ticket or exchange tickets to other days. Therefore at least a part of the lineup should be known in case people w

Normally Iron Maiden will be there.

Big chance. About RW, they were on the line up but switched to the AB, I don’t know why.