For the billionth time Matthew - if you strip out the areas I’ve listed above, and they would have to, what are you left with? Pyramid, Other, Holts and a severely reduced Park. That’s pretty much it. 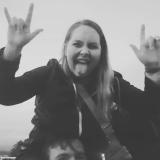 I find it weird that no ones even mentioned masks. Here in Canada we've made masks mandatory in public spaces, it lowers the transmission rate down to 2% supposedly.  It's not ideal, but the