Princess Diana - Where were you?

I was certainly nowhere near Paris and I reject the accusation. 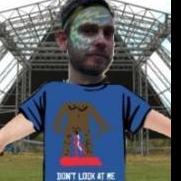 I was only little so dont really remember but was probably pissed off the news was on instead of cartoon network while I was having my coco pops.

I was at stuartbert's house getting pissed for his birthday.