What’s the first set you saw on Worthy Farm? 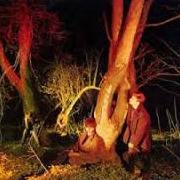 James other stage 2016 waited about an extra hour for it to start as they tried to cover the mud with wood chip.  Well worth the wait glad my first band was someone I love.  Started with nothing but l

The Charlatans in 2015. Thankfully it was all uphill from there. (it should've been Wolf Alice on the Thursday night but we couldn't get into Williams Green for it).

Pete Yorn on the Other Stage 2003- so boring, I returned to my tent and wondered if the rest of the festival would be as under whelming!😂