What telly progs are you bingeing on? 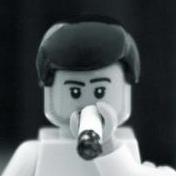 Watched the first episode of The Mandalorian last night, late to the party I know. Was a bit confused why they'd filmed it all in an alien dialect with English subtitles but enjoyed it nevertheless. J

Nothing wrong with this thread, Glasto or no Glasto we all still watch TV and it’s good to get recommendations

As if you posted a meme from after season nine...