Yoko, with Yo La Tengo as her backing band, was one of the highlights of my 33yr Glastonbury experience to date. The worst?  Having to walk past any anodyne, generic garbage such as Arctic Monkey

Foo fighters on the Saturday night 2017. Gave them 6 songs, but Grohl just wouldn't stop yapping on about himself and how they were going to play all night and rock like no one has ever rocked be 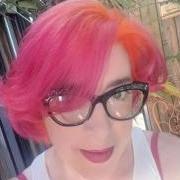