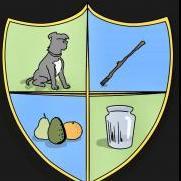 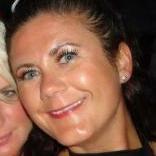 Morning. I was awake at 4am so I took a walk along the cliffs. What a beautiful sunrise.