Lets be honest here, first thing when they wake up in the morning, who can actually be arsed to trek all the way to the nearest toilets, and queue up for 10 minutes because they are full of people shi 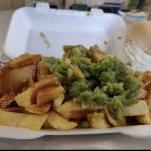 LOL,  That was me administering the First Aid.  One of the most comical moments of the week If I am honest.  He  wouldn't take any Savlon off me in case it prevented further substance ingestion :-)

I'm in a great mood so please down write this off as a comedown Tuesday rant. While it seems we've finally managed to mostly sort out people peeing in the rivers, leaving tents behind, putting up