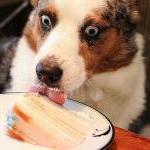 Three guys are walking through the woods when they find a lamp. One of them picks it up, rubs it, and out pops a Genie.   It booms "You have finally freed me after all these years, so I'll g

Just spotted Sinead O'Connor bird-watching.  I asked how she was getting on.  She said, "so far it's been 7 owls and 15 jays".

They could use a Purrcolator