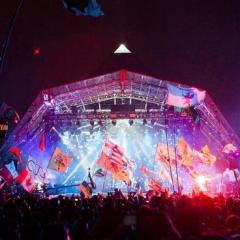 Whilst @Tuna has done a sterling job in the TBA's thread, it's the time of year again when we will start a thread that will be updated with the latest secrets and TBA's on the line up, until the end o

Top tip:  Don't ever look at the line up and you'll find secret sets everywhere you go.

I’m not that bothered about seeing Vampire Weekend in the park - but I’m glad cos it’ll just give me a chance to get into the south east corner early.