Who Are Your Headliners? 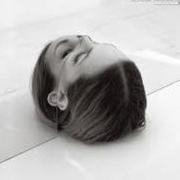 Hope it's nothing serious.

Incredible, wasn't it? Proper 'future headliner' vibes from it, if she can build up the right momentum.