Ever get to the Sunday and can't eat?

I make sure to know the locations of all available milkshake vendors. And that's before I know if Tommy Robinson's even nearby. 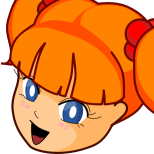 I find the standard festival breakfast of 7 pringles and a line is enough to sort you out until about two days later when you need an emergency crepe before you turn inside out.