new album available to listen to in full, here. https://tameimpalaband.bandcamp.com/releases 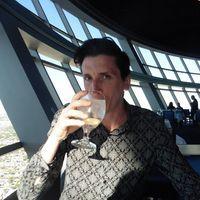 The life of Pablo