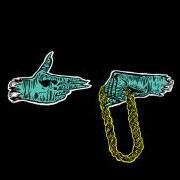 I may have been at a wedding last night where New York Brass Band were playing and they announced that they’d just confirmed their appearance on the farm this year! (OK, it was my wedding. And th