Sorry last two childish ones from me. Ocarina put away for another year.

I recommend plenty of fresh air 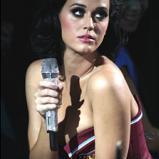 Ah the bastions of fairness for the industry? Most pre-order bonuses tend to be a crappy cosmetic item that appeals to the uber fan, my only gripe with them,is that they should be the same at all outl