The environment is central to this eco-friendly event, with recycling and re-use policies alongside the predominantly Psy-dance, dance and electronica music bill. Expect a full programme of talks, workshops, saunas, showers, healing, therapies and organic food.

Now in its sixth year, Waveform is held from Friday 31st August until Sunday 2nd September 2012 at a secret location in the Somerset countryside, where the nearest city is Bristol.

This year organisers are trying a new direction adding a Burlesque Stage, featuring the legendary Keda Breeze, plus an additional 'surprise' stage with music they're sure will please most, if not all Waveformers. Full details and line-up to be announced soon.

The festival will be having a Medieval Theme to the festival this year, so Lords and Ladies, Knights and Damsels will all be welcome.

The event will be powered with renewable energy, have a site wide organic food policy and a number of waste reduction policies will be in place. Music and dance, arts, crafts, learning and healing, all with an eye to the environment.

Waveform Festival encourages everyone attending the festival to use public transport or to lift share wherever possible. A major part of the environmental impact of Waveform is the transport of festival goers to and from the event.

The festival site opens at 10am on Friday and closes at noon on Monday. 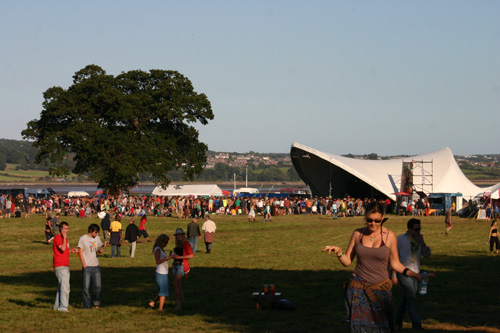