Offering a huge variety of music across seven main stages with large camping areas, as well as other attractions, including a large funfair, comedy tent, silent disco, stalls, and food markets.

The sixteenth T in the Park will be back at Balado in 2009 on Friday 10th to Sunday 12th July.

Tickets for T in the Park 2009 were priced as follows:

To buy tickets, and either coach or tipi ticket options, click here.

The campsite opens on Thursday 9th July which means you can take advantage of an extra day of festival fun with a Thursday camping ticket, which includes entertainment including the campsite cinema screen, and the fairground.

The only tickets which are still available are tipi options, and the coach combined tickets. For the first time this year weekend day visitors can come to the Friday of the festival, but only provided that they buy a weekend coach ticket (no camping). The new three day ticket includes day access on Friday, Saturday and Sunday and three return Citylink journeys. 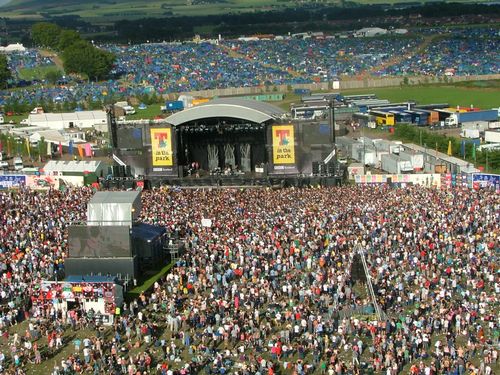