At the bottom of the courtyard, the Funhouse Comedy stage compered by Andy Robinson will once again be entertaining the crowds throughout the day and into the evening with Ian D Montfort, Christian Reilly, Ellie Taylor, John Robertson, and Jollyboat.

The Future Sound of Nottingham (FSN) will give one lucky local, unsigned act the opportunity to perform the opening slot on the main stage at the festival on Saturday, 18 July.

Family friendly entertainment includes circus cabaret and samba drumming to magic and vaudeville, plus the Fun Police, out in force to make sure all are enjoying themselves responsibly. With megaphones, banner and cordons, the 'officers' will be creating silly scenarios of safety and generally being a delightful nuisance. Created especially for Splendour by Nonsuch Theatre, the roaming performers will be part of the fringe walkabout. Also new this year are DIY Poets, a Nottingham based poetry collective, the full kazoo orchestra brought by the DH Lawrence and the Vaudeville Skiffle Show. The fringe stage will have lots going on throughout the day including Notts Circus, Swing Nouveau, and Inspector Hemslo.

Area Inbetween will be offering exciting workshops for young people. Alongside LP record painting on Dizzy The Bike, face painting, and recycled materials workshops, there will be games and chill-out space for socialising and hanging out, including Giant Jenga, Ten Pin Bowling and Twister. All activities are free except for a spin on Dizzy charged at 50p per vinyl. 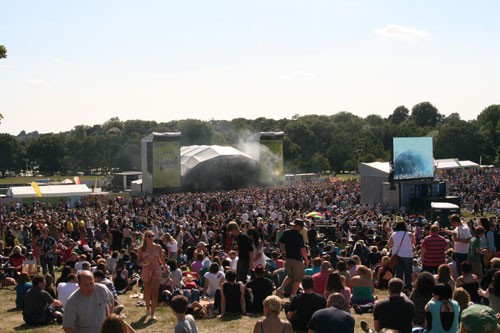