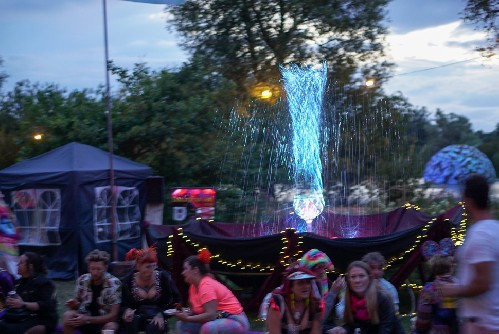 When we first heard that Secret Garden Party was coming back we really did not know what to expect. After a gap of 4 years the team behind the festival promised to bring us a party like no other. We think they really kept that promise.

After deciding to keep the line-up secret until the moment punters reached the Cambridgeshire fields, everyone's fantasy was allowed to run wild. Some of the people we spoke with suspected the organisers wanted to avoid disappointment in case of last minute cancellations due to covid, others pondered that it was planned as birthday rumours with the attendees as surprise recipients. 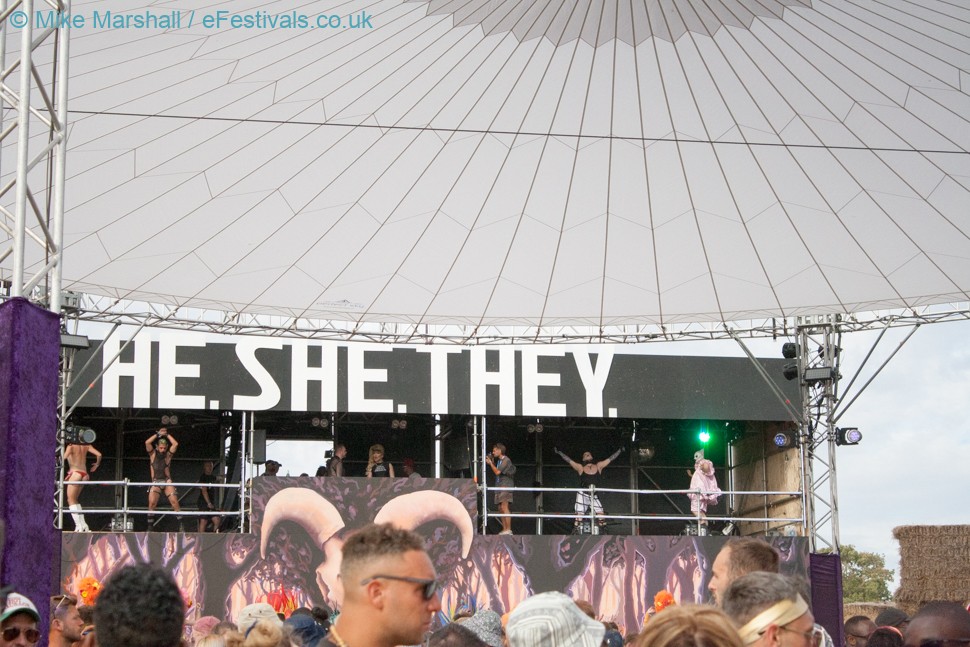 The majority of stages played indie pop/rock/punk in the day that quickly moved to house and techno as the sun came down and the party came to life. Each stage had its own primary music style that it didn’t deviate from too much throughout. Pagoda focused on Ibiza style djs mixing disco and house by the lake where He She They broadcasted more experimental and deep house tunes from daytime into the early morning. Some of the smaller stages had a number of hidden surprises. Where the Wild Things Are stopped us on our tracks a few times with unexpectedly refreshing artists like the Mercury Award nominated Yard Act, as well as Pozi, a South London punk trio that dropped the traditional guitar sound we have come to expect of the genre for violin and drums and Belot, a Brit pop artist with strong vocals whose music felt like the marriage of Lily Allen and Dua Lipa making her first festival debut.

Despite a wide array of stages and music to be found for those looking for it, sometimes it wasn't easy. There were multiple hidden stages one needed to hunt for while exploring the site and secret passages such as a dog house gate and a portaloo were there to reward the curious with extra stages and sunflower fields 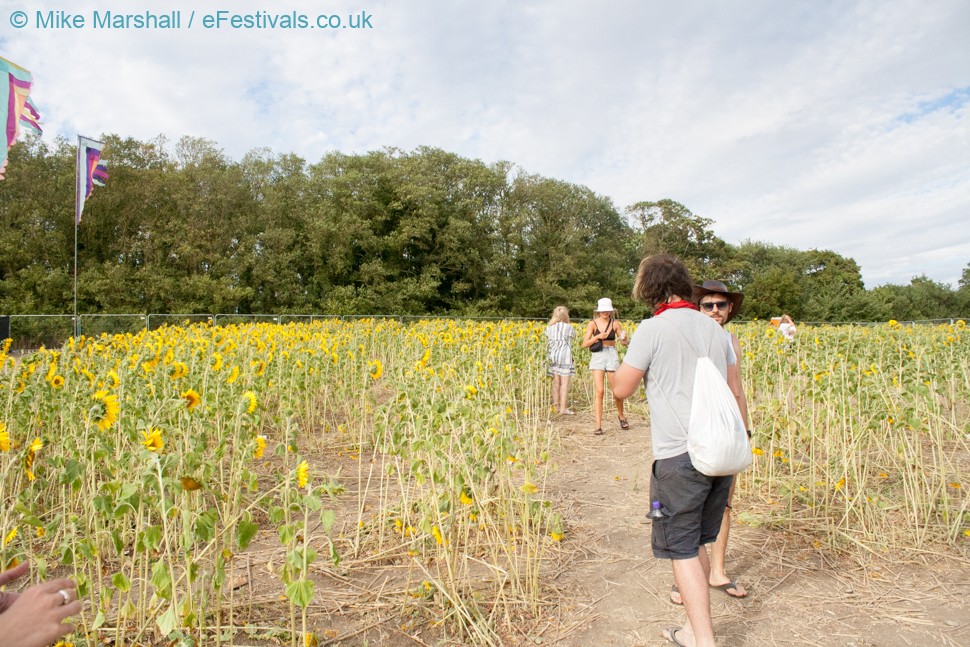 Another notable highlight was the lake and swimming. Spirits were dampened a bit by the presence of toxic algae in the main lake but sufficient infrastructure was built to enable people to safely swim in the second smaller one, but the limited capacity for both this and the water slide meant long queues the detracted from a chance for instinctive whimsical dips.

Even though there was a stage with talks and there were areas where one could try their hand at crafting these were not easy to be found and fairly limited compared to many other festivals. We did miss having more morning and afternoon activities available to us, particularly shady ones! But the clear goal was to offer a massively extended non-stop party, and there was plenty to cater to that.

Installations were well crafted and interesting to capture the eye and the organisers had clearly invested in lighting transforming the field to a fairytale by night, with the 2 forest areas being full of wonders to explore whilst music played through until 6am. This artistic focus peaked with an impressive fireworks spectacle on Saturday culminating in the lake's jellyfish showpiece burning down into an alight love heart. 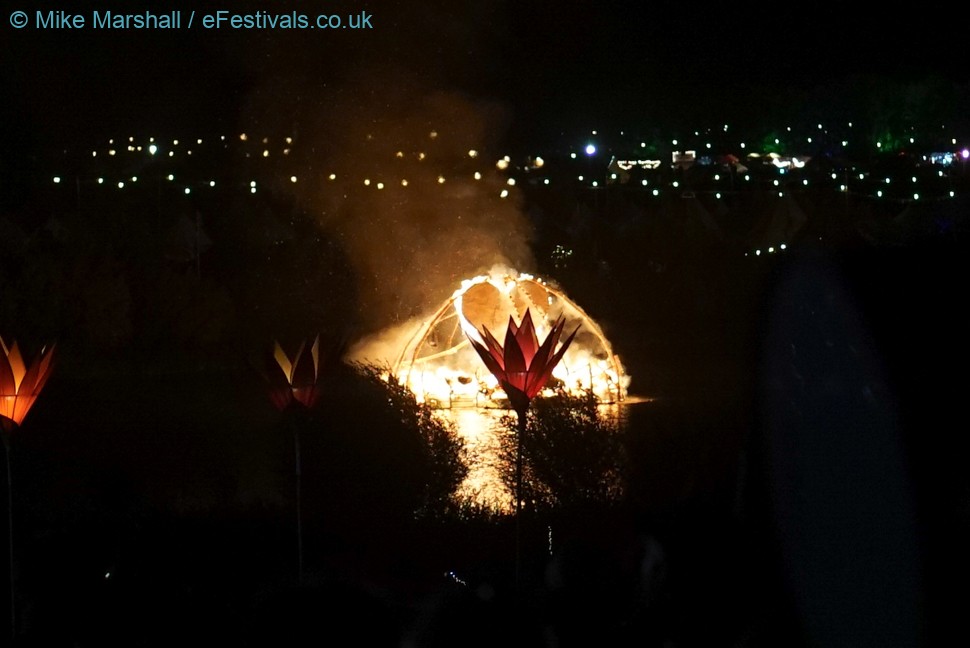 Were we impressed? Absolutely but there were things that were missing that also let us down. Even though the party spirit was out to play some of the basics one expects from a 20K capacity festival were lacking. The festival had not kept its promise about being cashless with over 30% of the food vendors only taking cash. That would have been fine had people not been told not to bring any with them resulting in having to get money out from machines that charged them for it.  Toilets were in a bad state (and that's being gentle here..!) with the overall state of hygiene and cleanliness lacking. From Saturday onwards all the main areas were littered with leftover cans and food containers to the point you felt at times that you were partying in a landfill. The only thing we can compare the Sunday morning to is American movies where teenagers throw a party when their parents are out of town only for them to return early and find their house trashed.

The main stage commanded some great acts like London Grammar and Metronomy, but was also a source of disappointment as the sound mix and quality did not do them any favours, reducing the joy of the massive audiences gathered there. 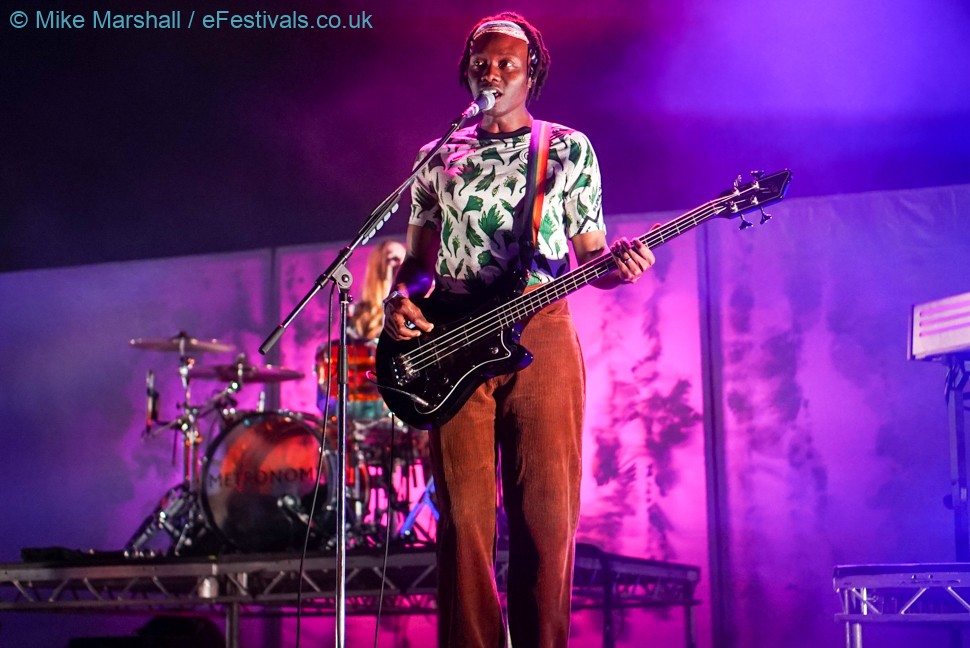 So what is our verdict? Party points 10/10 but on the other fronts we think there is work to be done for people to choose to return. At least for those that want more from a festival than a 4 day bender, and it felt distinctly targeted at an audience now mostly in their 30s returning to a site of great parties in their 20s.

You can pre-register for tickets for next year on the secret garden party website.