Situated right on the coast with some stages on the beach, the friendly event creates a nice atmosphere to soak up the music on offer. Primavera Sound 2012 takes place at the Parc del Forum, Barcelona, Spain between Wednesday 22nd until Sunday 26th May 2013.

The early bird offer has ended. Tickets were available priced at 195 euros, and have SOLD OUT.

Parents or guardians must sign an entry form at the access area assuming the responsibility of the minor while in the venue. This form will be available for download on their website. People over 16 years old can enter the Festival venue with the same policy as adults do.

Minors up to 18 years old will be identified by a special wristband which will prevent them from getting any alcoholic beverage at bars, they will have to carry this wristband during the entire event.

Minimúsica aims to integrate children into the festival's musical offer and to contribute to the musical education of children by exposing them to live modern music, arguing that childhood is not linked to a concrete type of music nor to 'children's music', but that it is a stage in life when aural stimulation is essential. To this end a host of events are programmed during the festival.

Getting to Barcelona is straightforward with plenty of road, rail, and airport links from anywhere in Europe. There are coaches which travel from London to Barcelona regularly. When travelling by train it is easiest top take the 'Trenhotel' directly from Paris directly to Barcelona, leaving Paris in the evening, and arriving at Barcelona the next morning. 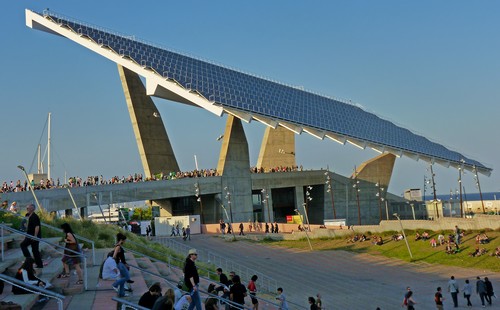