Hobofest is Hobo Jones & the Junkyard Dogs 10th anniversary/birthday bash which takes place at the 200 year old Barge Inn pub in Wiltshire on Sunday 26th May 2013 (Bank Holiday) from 1pm until 11pm.

Hobo Jones & the Junkyard Dogs, Bemis, Deffered Sucess, Brian Damage & Krysstal, Glenn Barnes (and Question 17), Stuart turner & the Flatearth Society, Jack and a Box, Ned The Kid's Dylan, Funke & the Two Tone Baby, and Andy White. Plus there will be 20 minute busking sets in front of the stage in between acts.

Although the event is FREE you MUST only drink booze bought from the pub, as that is how this event will be funded. The night before there is also pre fest drinks and campfire jam session. 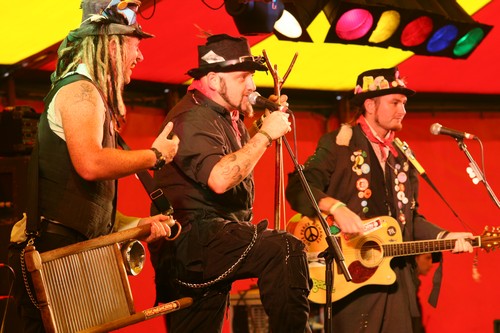 Feeder, Cast, and Peter Hook and the Light for Shiine On Weekender 2021 - plus The Coral, Black Grape, Glasvegas, The Pigeon Detectives, & many more published: Today, 08:00am