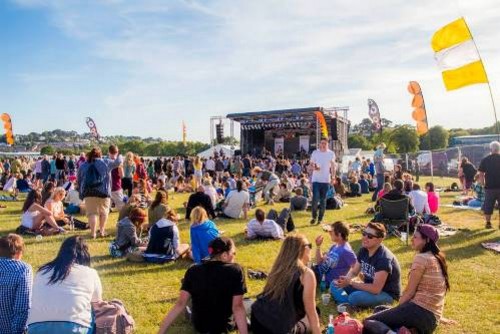 Lemonfest, the one day event, returns for a sixth year to take place on Saturday 30th May 2015, at Newton Abbot Racecourse in South Devon.

For the full line-up details, and stage splits, see the Lemonfest line-up page.

Doors are expected to open at 12pm, and close at 11pm. The festival is approximately 10 minutes walk from Newton Abbot Train Station, and easily accessible from main roads such as the A38.

The festival remains completely self-sufficient and independent, sticking true to its original ethos of having no major sponsors or VIP area. BBC Introducing will once again be supporting the ‘Locally Grown’ stage with live broadcasts and interviews. This stage has become an important factor which has allowed the festival to maintain popularity and cultivate the best local bands.

Camping tickets are only valid for the Saturday night and not the Friday. All campers must be packed away and have left by mid-day on the Sunday. Please take all your rubbish with you. NO alcohol is allowed to be brought into the main festival and camping site. If you are arriving in a Campervan, you will have to find a suitable place to park your vehicle over night. No camper vans are allowed to be packed on the racecourse grounds or in the park and ride area. (Tents only). Only people that are wearing a Lemonfest camping wrist band will be allowed into the camping area. All campers are not allowed fires or BBQs.