The first Download Festival was held at Donington Park, Derbyshire, in 2003 over two days, with headliners of Iron Maiden and Audioslave. In 2004 Download expanded to include a Scottish event at Glasgow Green. This didn't have the same line-up, but did include some of the same acts, including the headliners. There was no Download Scotland after 2005, and the main Donington event was expanded to 3 days.

In late 2008 it was announced that the festival's location would be moved off the racetrack, and the footprint of the festival would be more compact. 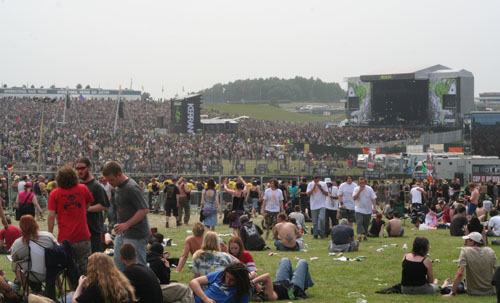