The dates for 2008 are confirmed as Friday 15th - Sunday 17th August at Escot Park, near Fairmile, Devon.

The Levellers first put together their own festival in 2003 "to offer not only the best in live music today but to re-create a community spirit that many events nowadays lack or choose to ignore. This event is about people young and old coming together and taking part in something that will be remembered for a long time." It's certainly succeeded in that aim, and is fast becoming one of the most popular and talked about festivals in the UK.

The theme for this year's fancy dress is 'all that glitters'. There will be comedy and spoken word on Saturday and Sunday daytime in The Little Big Top for the first time this year. Daytime in The Little Big Top will see comedy and spoken word performances from Arthur Smith, John Cooper Clarke, Richard Digance, Attila The Stockbroker, Mark Dolan (Compere), Joolz Denby, Charlie Ottley and Dr Dawson's Boogie Band. Then as day turns into night The Little Big Top will play host to Sancho Panza Soundsystem, The Freestyler Djs, Beatz & Bobz Djs, Hybrid, Eat Static and more.

The festival features music across five stages, and street theatre, as well as site art and sculpture, children's activities, camping facilities, licensed real ale bars, world food, craft stalls, fancy dress, and more. The family camping has been expanded this year to encorporate a new field, even closer to the car parks, which will be clearly signposted. 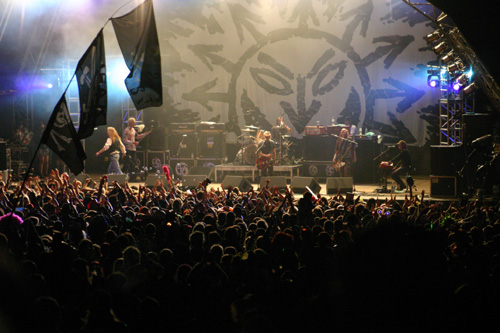